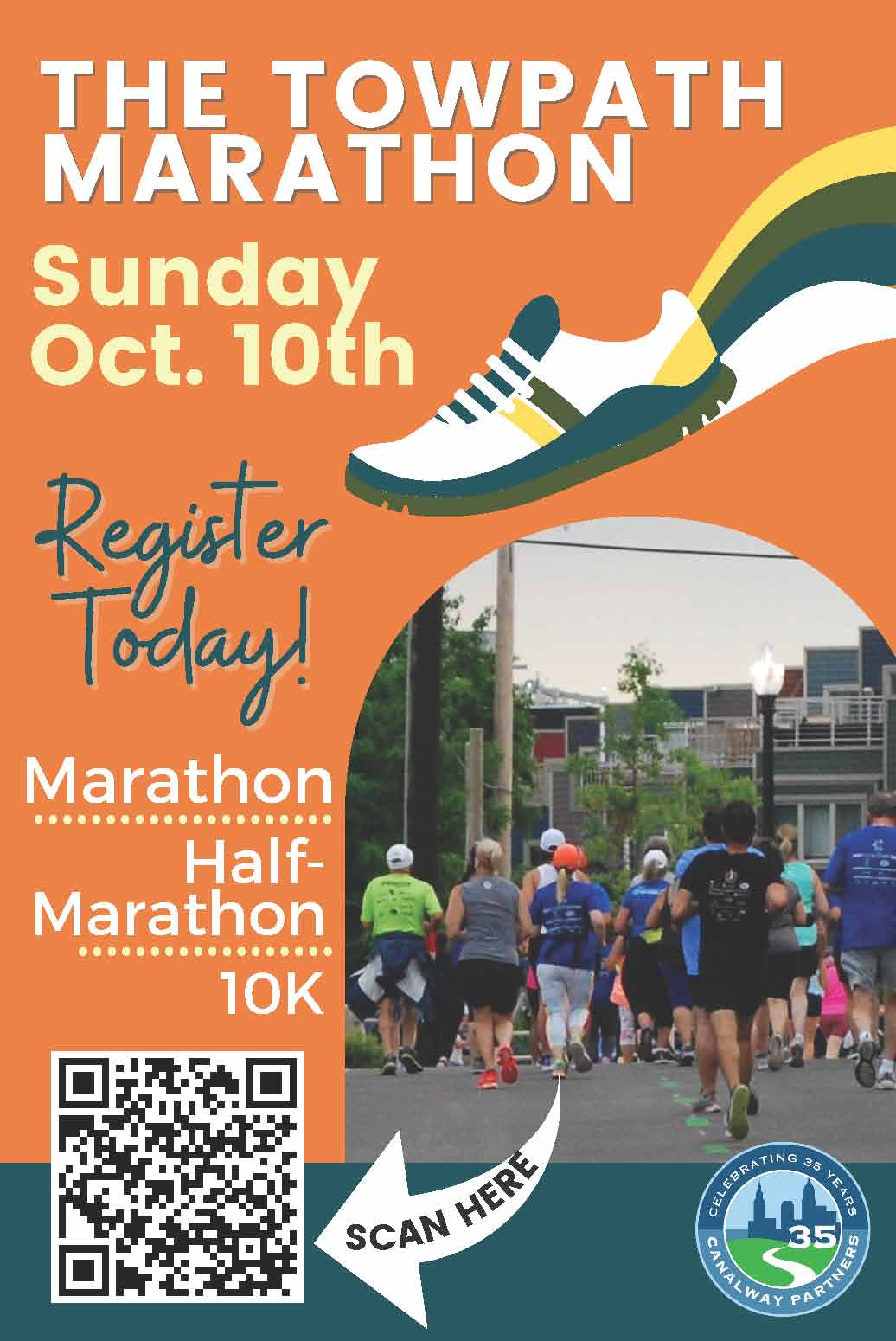 The Towpath Marathon was established in 1992 to introduce the Towpath Trail as a new recreational amenity and to promote the establishment of the Ohio & Erie Canalway; in 1993, it was one of ten events that celebrated the completion of the Towpath Trail through the Cuyahoga Valley National Park.

Since its inception the Towpath Marathon has grown to become one of Northeast Ohio’s premier marathons, attracting participants from over 31 states!

Your participation in the Towpath Trilogy directly supports the development of the Towpath Trail, Canal Basin Park, and dozens of projects within the Ohio & Erie Canalway National Heritage Area, projects that make our community stronger and more vibrant.