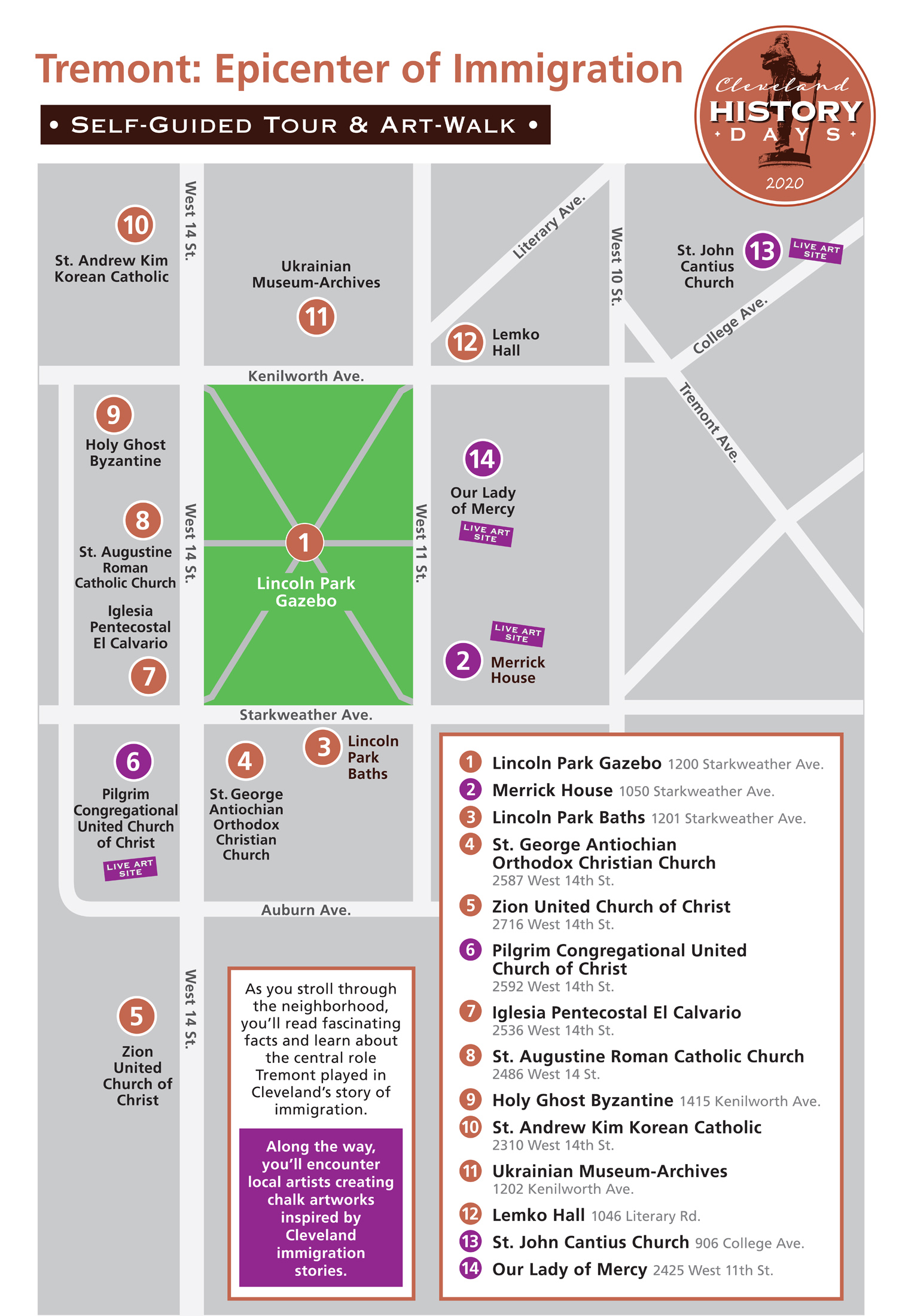 This 90-minute self guided tour will lead you around the perimeter of Lincoln Park in Tremont and features many of the churches and other institutions built by (and for) successive waves of immigrants from the mid-19th century to the mid-20th century.

As you stroll through the neighborhood, you’ll read fascinating facts and learn about the central role Tremont played in the Cleveland’s story of immigration. Along the way, you’ll encounter local artists creating chalk artworks inspired by Cleveland immigration stories.

Start your walk at the Lincoln Park gazebo and follow the Cleveland History Days signs from stop to stop.