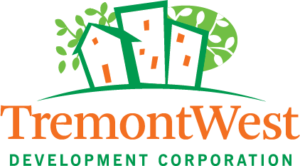 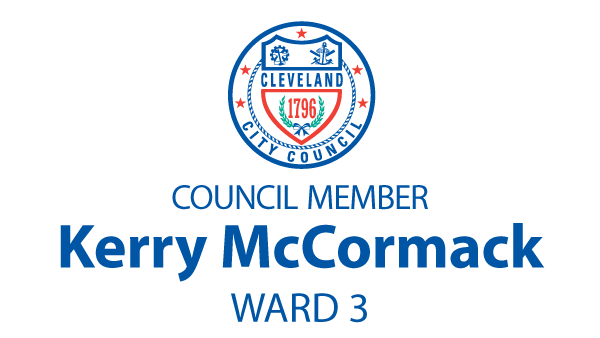 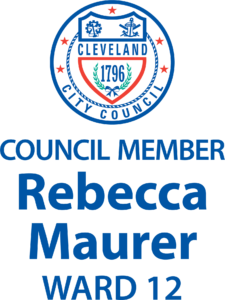 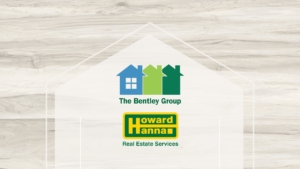 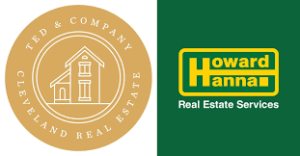 She serves on four council committees – Health & Human Services; Safety; Transportation and Utilities. She is also council’s representative to the city’s Community Relations Board.

Councilwoman Santana has received various public recognition for her civic activism, including being featured in a 2016 story in Crain’s Cleveland Business magazine.

Councilwoman Santana has served as a trustee for a number of non-profit on social service agencies, including the Northeast Ohio Association for Hispanic Health and the May Dugan Community Center.

Councilwoman Santana is a graduate of Max Hayes Vocational School. She is currently studying non-profit administration and public health through a dual program with Cuyahoga Community College and Cleveland State University.

She lives in the Jones Home Historic Neighborhood with her husband and two teenage children.

Councilman Kerry McCormack represents the 3rd Ward of Cleveland, which is one of the city’s most diverse wards including the neighborhoods of Downtown, Tremont, Ohio City and Stockyards.

Councilman McCormack was elected to a full four-year term on Cleveland City Council in November of 2017 after being unanimously appointed in April of 2016 to finish the term of former Councilman, Joe Cimperman.

Councilman McCormack is chairman of council’s Operations Committee and vice chairman of Health & Human Services Committee. He also serves on three other committees – Finance; Development, Planning & Sustainability and Utilities.  In addition, Councilman McCormack is a member of the Cleveland City Planning Commission and a member of the Cuyahoga County Office of Homeless Services Advisory Board.

Councilman McCormack is committed to continuing the progress in Ward 3 though focusing on quality of life issues, encouraging balanced community development, and connecting all community members to opportunity.

Prior to his service on Cleveland City Council, McCormack worked as the Director of Community Affairs for Ohio City Incorporated, the neighborhood non-profit community development corporation, where he worked with a broad array of community stakeholders to improve the neighborhood.

During his tenure at Ohio City Inc., Councilman McCormack, who is fluent in Spanish, created new community-based programming and strengthened existing ones including the Near West Recreation League, community safety programs, neighborhood education opportunities, urban agriculture and much more.

Prior to his work in community development, Councilman McCormack worked for the re-election campaign of U.S. Senator Sherrod Brown, which was proceeded by his time in Madrid, Spain, where he spent two years teaching first and second grade English for the Ministry of Education of Spain in the Spanish public schools.

Councilman McCormack is a life-long Cleveland resident and a graduate of Cleveland’s Villa Angela, St. Joseph High School and Miami University of Ohio, where he majored in International Studies (International Development), with minors in Spanish and Latin American Studies.

Ward 12 Councilwoman Rebecca Mauer represents Ward 12, which includes parts of Old Brooklyn, Slavic Village, Brooklyn Centre and Tremont Councilwoman Maurer is a lawyer and community advocate. She’s focused her legal career on housing issues — including lead poisoning in children, tenant’s rights, and utilities access. She previously ran her own law practice, was a staff attorney for the Legal Aid Society of Cleveland and clerked for Judge James Gwin of the Northern District of Ohio. She received her undergraduate degree from the University of Chicago and her J.D. from Stanford Law School.

In 2018 and 2019 she was the policy attorney for Cleveland Lead Advocates for Safe Housing, a community coalition that pushed for the passage of a bill to better protect Cleveland’s children from lead poisoning.

In 2020 she joined the Student Borrower Protection Center as counsel and program manager. In that role, she consulted with state legislatures on student loan issues and helped set up one of the first academic institutions in the country dedicated to student loan law.

As a community advocate, Councilwoman Maurer has been involved with organizations across the city: she served as a mentor and teacher at Minds Matter Cleveland; she is active in her block club; she was an inaugural participant in the Cleveland Leadership Center’s Stokes Leadership Program; and she served on the board of Slavic Village Development. From 2018 until 2021 she served as the Ward Leader in Ward 12 and built a get-out-the-vote program across all four neighborhoods in the Ward.